This dress was purchased…last year? Year before? I wore it a grand total of once, because the damn thing is a tent. (OH MY GOD it was two whole years ago. I took pictures.) My general wardrobe rule is that if I don’t wear something in 1 year’s time, then it has to go. Instead of getting rid of this dress, I did a little dress to skirt refashion. 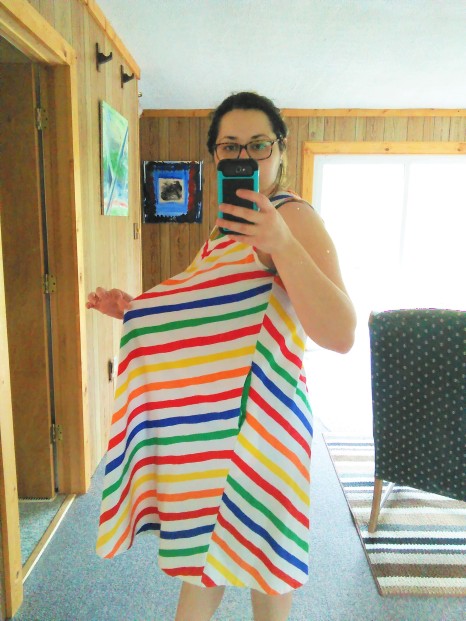 Tent. Tent. Tent. And also a terrifying preview of what I will look like if I ever get pregnant with quintuplets.

The first step was to lop the top of the dress off. I did this quite high-up, because this dress had pockets and I wanted plenty of room left above the pockets to make a waistband. 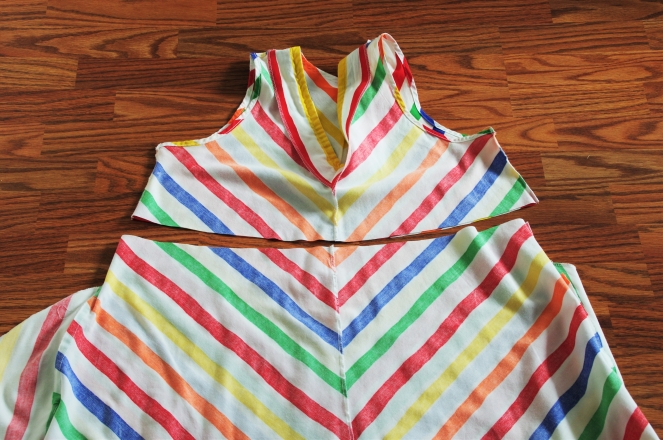 Instead of making a thick waistband, I did a quick rolled-style hem. I pinned and sewed everything in place. 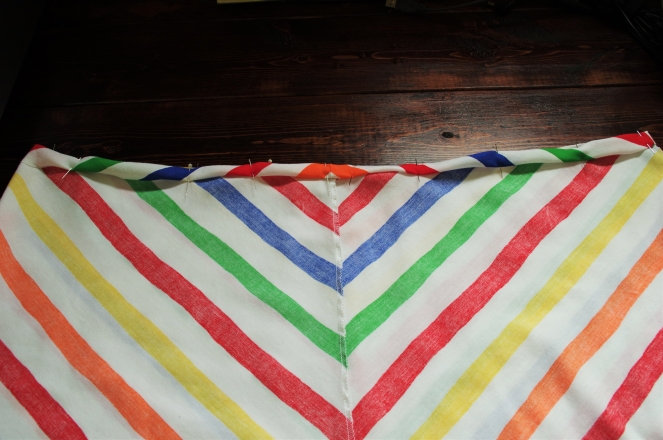 Next it was time to deal with sizing; this skirt was large enough to fit two of me. To fix this, I gathered it in 4 places – 2 in the front, 2 in the back. I folded the fabric over on itself and sewed it down. (This should have been done when I did the waistband, but I goofed. It’s not a Beth Sewing Project without at least 4 screw-ups.) 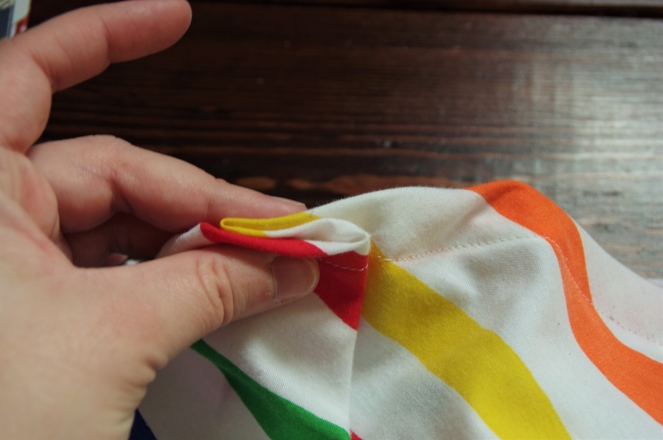 To hide the folded-up edge, I folded the waistband down again and sewed it once more along the same line. After that, I tried it on. The skirt fit well, but a little loosely, which was perfect. If it’s too tight, then it will be really tight once the zipper is sewn in.

I sewed the zipper along the back seam. If your skirt does not have a back seam, use a side seam. You just cut the fabric the same length as the zipper, hem the raw edges, and sew the zipper in place. 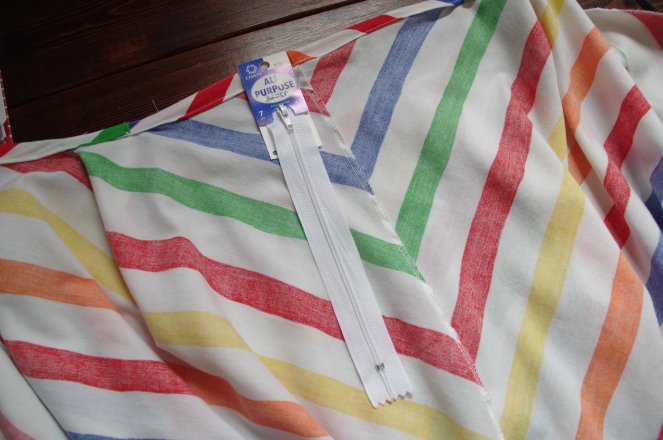 And that was that. One dress to skirt refashion, done in about an hour.

I think this is much more wearable than the dress was, and hopefully I’ll be able to take it for a spin this fall.

2 thoughts on “Dress to Skirt Refashion”