There are a few things that, when combined, are making this winter particularly awful.

1.) The roads usually look like this. Which makes a person want to tear out their hair while screeching “WHAT!? IS THERE A STATEWIDE SHORTAGE OF SALT!?”

2.) The tractor we usually use to plow snow is kaput. After we (and my in-laws!) sunk a lot of time and money into it the damn thing still won’t run, so our driveway hasn’t been plowed all winter.

3.) It’s unusually cold. Have I mentioned that?

To fix the plow situation once and for all my husband stuck a plow on his dad’s truck. And a-plowing we went.

I happen to think the v-plow looks like a butterfly, which is just one more reason I shouldn’t be allowed to ever leave the house.

Soon we started to get uncomfortably close to the edge of the swamp. It’s hard to tell in the pictures, but the swamp is RIGHT THERE. As in AT THE EDGE OF THAT SNOWBANK. 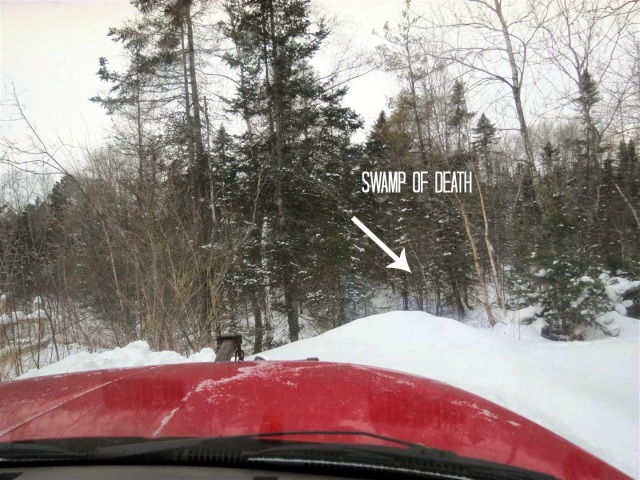 I realize that in order to keep the driveway clear the banks need to be pushed back pretty far, but lord have mercy. 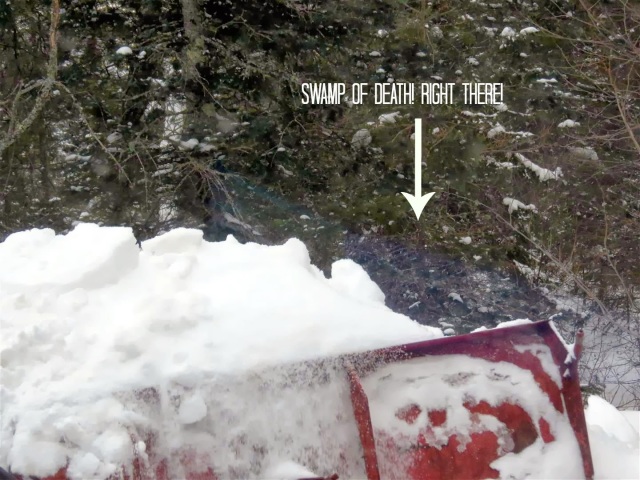 The Oh Shit Bar is a divine invention. 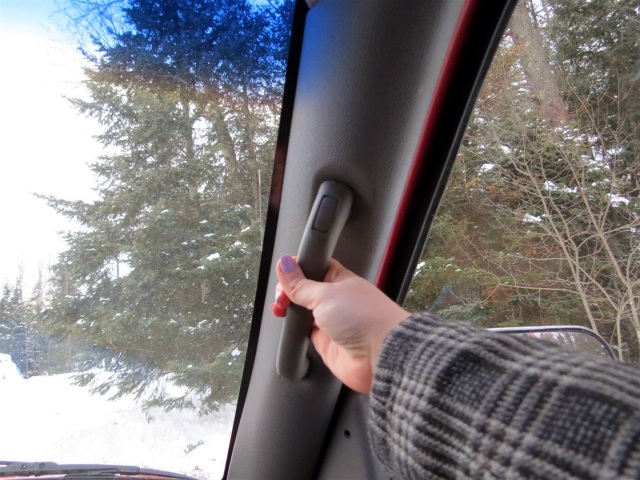 This may seem like overreaction, but I’ve had to pull my husband out of that swamp more than once. Pulling vehicles/tractors out of swamps could be listed on my resume as a special skill at this point.

I’ve begun to realize that if I ever had to plow snow there would be a 4-square-foot patch of driveway cleared and that would be it.

In the end everything worked out. No falling into the Swamp of Death. I wanted to post these pictures because this is the first time I’ve ridden in a plow truck in about 15 years, maybe longer. And it scared the crap out of me then too.

What can I say, I’m like a little rabbit. I spook easily. Which has the unexpected bonus of making the everyday seem like an adventure.

See you later for Photo Friday!

4 thoughts on “Plowing Snow and the Swamp of Death”